Lately I feel spring-loaded, like there's all this energy buzzing in my hands that's cocked waaaaay back, about to explode when I let it go. I've been doing a lot of prep work for the things I've got lined up this summer, and it's required a lot of hard work and plans and serious A-Typing, but I think it's all gonna be worth it. I feel like I'm gonna throw a super fast curve ball straight through summer. And that it's gonna feel good.

First up: I changed up my look a bit and got new headshots. That's right! I dyed my hair strawberry brunette and got full bangs, then took some spiffy new headshots as the Quirky Girl. (What does "quirky" even mean, anyway? Does it mean "weird" but "not so weird that the person might stalk and kill you"? I haven't figured it out yet.) If you look up "quirky" in the dictionary, though, I bet there's a picture of Zooey Deschanel. She's the ultimate Quirky Girl.  And she's adorable.

So here are some shots you guys might like, all courtesy of the fabulous Dana Patrick in LA: 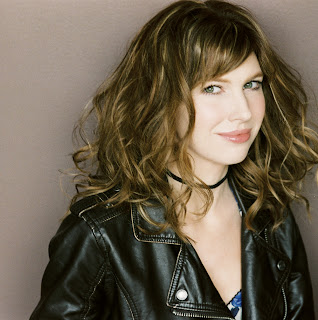 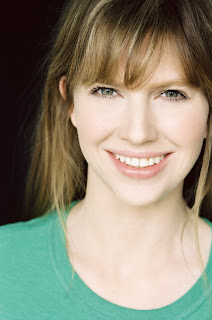 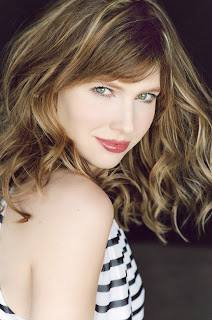 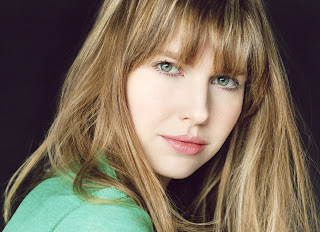 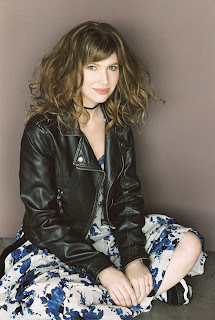 Yay! Pictures! That might lead to acting jobs! I'm excited. I'm still in a fantastic acting class, too, but I'm taking a break in July to study dialects at a local college with this lovely lady.

This summer I am also heading over to the East Coast (Lake Winnipesaukee, where my family used to own property when I was little) to meet up with all of my cousins for a week-long family reunion. It's going to be a blast to reconnect with everyone and make some great new memories. I'm pretty jazzed to meet all of my little second cousins too.

And finally, last but maybe most hugely (is that a word? It is now), Benni and I booked our honeymoon for later this year. We're going to not one, not two, but to THREE different cities. Anyone want to guess? I'll give you a hint: 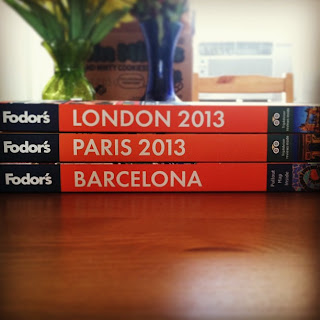 Yep! Great guesses! We're going to London, Paris, and Barcelona! And I couldn't be happier. :) Benni and I are staying in some gorgeous hotels and have lots of plans for sight-seeing (we're museum geeks) and eating at some great restaurants.  We are truly so incredibly happy.

It's shaping up to be a wonderful summer. I hope you all have a fantastic one and I'll catch you all later. Have a terrific weekend :)

punch envy in the face

We've all heard the phrase the grass is greener on the other side, right?

For as long as I can remember, I've lacked that competitive edge. I was placed into sports at a pretty young age, because my energy and enthusiasm were through the roof and I'm sure my parents literally wept in joy to have an instructor or coach try to tackle that unbridled energy for a couple hours each day so that they could lie face down on the floor and sleep for eight minutes. But even as I "competed" in gymnastics, soccer, and martial arts, I was never competitive. I simply didn't care about beating anyone else. Trophies were boring, and I was always more concerned about the feelings of the kids on the losing team when we did win. I could not have been less interested in measuring my progress against how the other kids my age were doing, or looking at anyone else to figure out my place in the world.

When I did push myself (and I do, quite often), I measured myself up against me. Was I better today than I was yesterday? Did I hike further, punch harder, stretch longer, do even more push-ups than the day before? I measured me against me, and it worked out fairly well, because the most important thing I gained from that was happiness. I was happy to just be me. I didn't need to be anyone else, even if some kids were going further or faster. What other people accomplished simply didn't affect me, not because I didn't care about them, but because it never felt like the accomplishments of other people took something away from ME.

School and acting were the same way for me. I received high grades in school but didn't care what other people were earning (I remember getting cornered by the Smart Kid in my AP English class one year when he discovered that I had the highest grade in the class. But you don't even care, he kept saying, as if my lack of competitiveness meant that I shouldn't be able to write an essay well.) When I moved up to LA to pursue acting, I was genuinely glad when someone I knew booked a great part in a tv show or movie. It still never felt like something was being taken away from me. I was happy to just be traveling on my own journey, at my own speed.

Years passed. My Happiness Set Point remained solid and steady, and I was content to take things at my own speed. But little by little, other people worried about me, and they told me so. They were concerned that I was missing out on great opportunities, because I wasn't pushy or aggressive enough. They assumed that because I was content, it meant that I didn't care about taking my career further. They pointed out that other people had more auditions or jobs than I did, and what was I going to do about it?

It's hard to stay happy when people tell you that you shouldn't be. And of my own accord, a few years ago, I opened the door to Dissatisfaction, and along with it came Insecurity, Unhappiness, and yes - Envy. Suddenly, as if I were trying to make up for all those years lost, I couldn't stop obsessing about other people and what they had. Why didn't I have what they did in their careers? Every job my friends booked, I was still happy for them - but it hurt. It was a subtraction from my own happiness. Their happiness took away part of mine (something I hate to admit here on a public blog, but don't worry - this story has a happy ending.) And every actual expert on happiness can tell you what I had completely forgotten, as I went over and over every night what mistakes I must have possibly made, as I looked back at the past and bathed in regret each evening wondering what I should have done differently so that I'd be a successful working actress by now. They'd say that TRUE happiness does not concern itself with what other people are doing, that real happiness only multiplies and adds, never subtracts, never divides. And I know all that. Intellectually. But it's hard to fight back against the demons once you opened the door and let them come in and trash your house.

So I had to start from scratch. Just like taking a break from working out, it was hard and discouraging and time-consuming and frustrating and there was a lot of  I already learned this lesson, why am I here again. I put one foot in front of the other and tried to remember what it felt like to not compare myself to others. To not take things personally. To feel genuine joy for the success of other people.

It was not easy, and it took a while. But I read a quote one day that helped move that journey along a little faster. It said, "The grass is greener on the other side because it's getting watered."

BAM. That was it. That was the perspective I needed. The grass is greener on the other side...because on the other side is someone who is working their ass off, focusing on their own journey, taking care of what needs to get taken care of, and not spending so much time looking over at their neighbor's lawn. And I had NO CLUE. I had no clue what other people were going through, that some people were looking at ME and being envious of me and thinking I was the one who had it easy. We are all looking over at each's other lawns and having zero clue about the hard work that goes in to maintaining it, all of us needlessly comparing and competing and making ourselves miserable.

And then I started to remember. Like muscle memory, I started to remember my natural happiness set point, where I never felt lack in my own life just because someone else had abundance in theirs. I remembered what it meant to be grateful, to be present and grounded and focused on my own life (in a non-selfish way), to take deep breaths and start focusing on my own grass rather than worrying about what someone else was doing on their grass.

I am still driven, I am still pushing, especially in a challenging career choice that encourages competitiveness and back-stabbing. But I'm back on track. And I've been trying to write this post for several months now, and I finally got it out of my system and into the world and if only one of you who reads it is changed by it, I will have done my job.

Go out into the world and know that nothing is against you. Go out and punch envy in the face.